If you get tired with Windows or Mac, like me, you might want to consider migrating to Ubuntu Trusty 14.04, which is the Long Term Support (LTS) version of the Ubuntu operating system for desktop PCs and laptops. It can be downloaded from Ubuntu official site for free and it is easy to install following the instructions there. Recently, I just downloaded and installed it on my old HP Compaq 6510b laptop. Comparing to almost 20 GBs of my old Windows 7 system, my new Ubuntu system only occupies 6.3 GBs and runs much faster.

This post describes installation processes of some software that I have been using in Windows 7 and I would like to move to my fresh installed Ubuntu. Most of these processes followed instructions from Ubuntu support forums, Ask Ubuntu, where you can get nearly all answers to any technical issues you might encounter.  All processes posted here have been tested by myself and guaranteed working, at least on my laptop. I hope you find them helpful.

Ubuntu has its own default web browser, Firefox, which is also very powerful. But I have been using Google Chrome for such a long time that I don’t want to change. On Ubuntu, you can install either Google Chrome or Chromium-browser, see this post for the difference between the two. Because Google Chrome includes a variety of closed-source bits that Chromium lacks, I decided to stay with Google Chrome.  I have followed steps below to download and install Google Chrome:

After install, Chrome will be updated through the normal Ubuntu update process, so you can get the latest version when Ubuntu updates.

By installing Microsoft Fonts on Ubuntu, I am not going to say Ubuntu default fonts are not good. In contract, I think they are more beautiful than the Microsoft fonts. I am still using Windows 7 on my office computer, and I need the popular fonts that are created by Microsoft, such as Times New Roman and Calibri, installed on my Linux system to see the documents as they were intended to look on Windows.

According to the Chris Hoffman’s post, I have installed two Microsoft font packages:

This package can be installed through following steps:

This font pack includes fonts Calibri, Cambria, Candara, and Consolas, Constan, Corbel. These fonts have been added in Windows Vista and Office 2007.  Among them, Calibri became the default font since Microsoft Office 2007.

This package can be installed through following steps:

After install, these fonts are available in LibreOfficer.

You can follow the steps from liquidweb to install Java 8 through the WebUpd8 Team Personal Package Archive (PPA). However, I adapted the manual process specified by this post directly from the tar.gz provided by Oracle.

I used following steps to install the newest Eclipse Mars.1 (4.5.1):

Then, I can open Eclipse from Unity search: 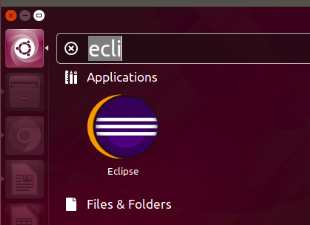 Anaconda can be installed through following steps:

Anaconda comes with a package manager named conda, which helps me manage myPython packages, environments, and more, please read my another post about installing and using Anaconda.