As more and more Python packages I need to install for my daily work and learn, I get tired of searching and installing individual packages, especially on my Window system, like what I did in how to install scientific Python packages on Windows. I decide to give Anaconda (by Continuum Analytics) a try, what it provides far exceed my expectation and I feel guilty did not try it earlier. 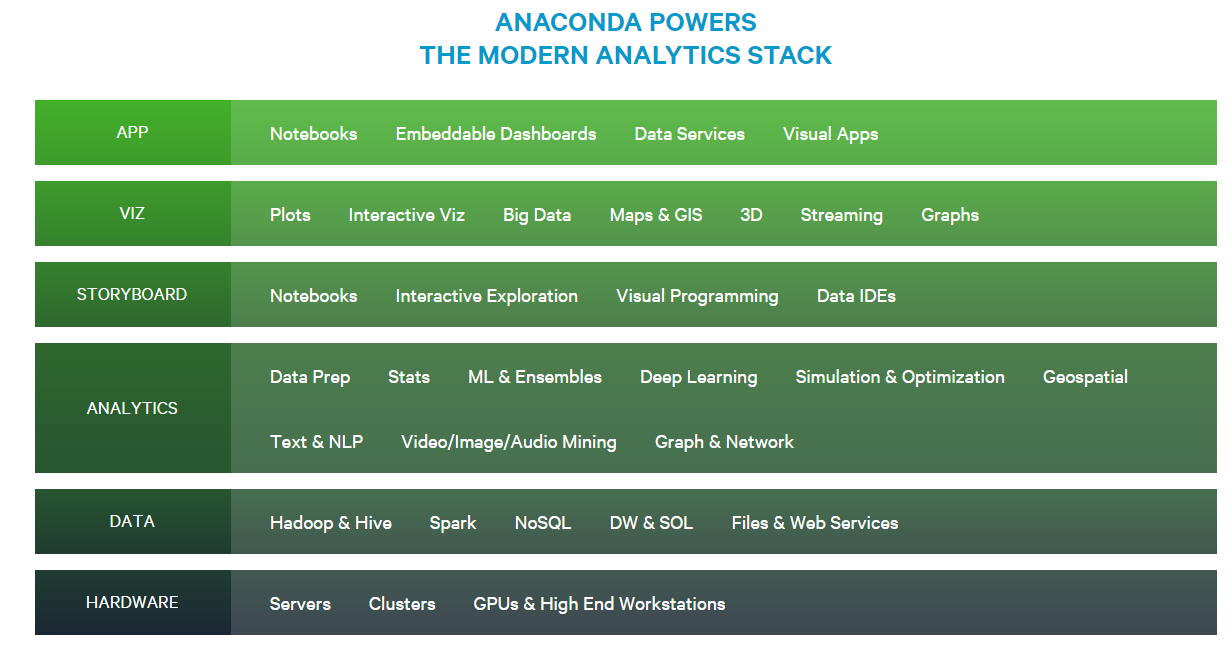 Anaconda is a free, cross-platform, and easy-to-install all-in-one analytic/scientific Python platform. Anaconda not only comes with various packages that I would like to use, such as NumPy, SciPy, matplotlib, pandas, scikit-learn, and Jupyter/IPython, but also provides more functionalities, like creating and managing environments, installing and updating packages, and so on.

In this post, I describe some basic knowledge on Anaconda I have learned through my experience. If you did not start to use it yet, I highly recommend you a try.

Installing Anaconda is as easy as 1-2-3:

Anaconda comes with a package manager named conda, which lets you manage your Python distributions and install new packages.

Anaconda can help create different isolated Python environments. For example, you might use Python 3.5 as your default distribution, but sometimes you would switch to Python 2 for some rare cases.

Anaconda comes with a graphical launcher that you can use to  manage environments, install packages, start IPython, etc. You can find more details from http://docs.continuum.io/anaconda-launcher/

All these stuff can be realized through conda command. For example, a new environment for Python 2 (named py2, with Python 2.7) can be created through following command:

Then the new environment can be activated through

, and be deactivated by:

Use IPython Kernels for Different Environments

If you want to have multiple IPython kernels for different virtualenvs or conda environments, you will need to specify unique names for the kernelspecs.

Make sure you have ipykernel installed in your environment. If you are using pip to install ipykernel in a conda env, make sure pip is installed:

Here is a list of frequently used conda commands, and you can see a longer list at the Conda cheet sheet.

If for any reason you need to uninstall Anaconda, you should start with the anaconda-clean module:

Once it is installed, you can run the following command to do the uninstallation:

This will also create a backup folder called .anaconda_backup in your home directory:

You can now remove your entire Anaconda directory by entering the following command:

Finally, you can remove the PATH line from your .bashrc file that Anaconda added:

When you’re done editing the file, type CTRL + X to exit and y to save changes. Then Anaconda is now removed from your server.